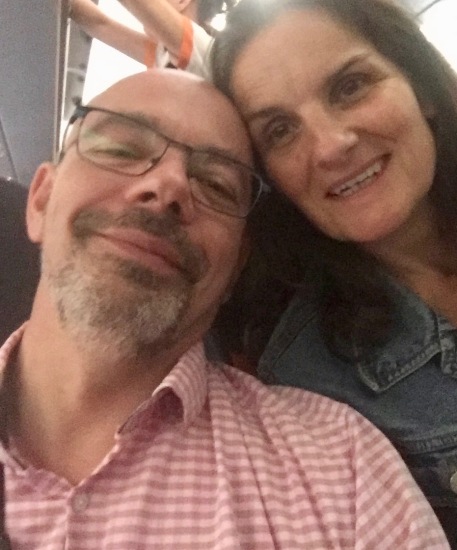 This week the podcast takes something of an international turn as the guest is Clive Atkinson, chaplain of All Saints Anglican Church in Switzerland. Clive is originally from Northern Ireland (he and I attended the same secondary school, though a few years apart), and has been living in Switzerland for over 15 years.

All Saints Church is a vibrant expat church, part of the Intercontinental Church Society, serving the English-speaking community around Vevey in the French-speaking part of Switzerland. While the church is anglican, various denominations and nationalities are part of the community.

In this first part of our conversation Clive talks about the early influences on his life, growing up in Northern Ireland and his coming to faith as a teenager and the formative years at university where he had some ‘deep end’ leadership opportunities with the Christian Union. He also talks about some of the people who had a big influence on his life, including Harold Miller – a previous guest on the podcast.

In talking about the life of the church, Clive describes the way they have a vision that involves being intentional about sending people out into their regular jobs – referencing the work of LICC.

Next week, Clive will go on to talk more about the journey of ministry and how he came to be in Vevey.

By the way – here is that photo we talked about!

Also – you can also subscribe to the podcast via iTunes or Castbox.

Served for 21 years as pastor in two churches - one in Switzerland and one in Northern Ireland. Recently completed a Doctor of Ministry degree which explored the significance of 'crucible' experiences in shaping Christian leaders. Part time teacher at various Bible Colleges in Ireland. Married to Pauline; two daughters; two sons in law; two grandchildren. Irrational attachment to Everton FC. View all posts by jsawilson