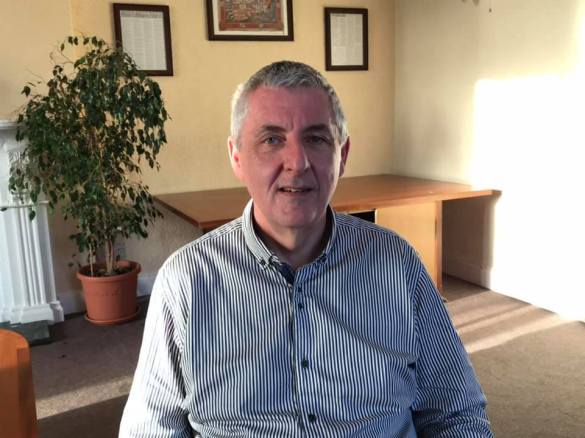 Over the next two weeks the guest on the podcast is Charles McMullen, the current Moderator of the Presbyterian Church in Ireland. His year as Moderator comes as he completes 20 years as minister of a local congregation in Bangor.

In this first part of the interview, Charles talks about his early years in County Tyrone and learning as a child to love Jesus. One of the key influencers in his life was one of his church ministers who effectively functioned as a kind of mentor to him.

After school Charles left Northern Ireland, first to study in Dublin (where the head of the German department became a mentor) and then in Oxford (where he read Modern European History). At Oxford he had the opportunity to meet a number of people from a range of church backgrounds. He mentions some of the work of an Oxford minister called Caryl Micklem: you can check out one of his books on prayer here.

After a season of feeling like a boat being tossed at sea, Charles surrendered to the sense of God calling him and after Oxford he began theological studies in Belfast. He then served as assistant minister in Lisburn before moving to lead the congregation in Legacurry, a rural congregation not far from there.

As you listen to Charles, here are a couple of things to reflect on:

The guest in the first episode of the podcast in 2019 is Russell Birney. Russell is a retired Presbyterian minister whose ministry spanned several decades and included over 20 years as minister of High Kirk in Ballymena. He is a former moderator of the Presbyterian Church in Ireland.

In this first part our our conversation we talk about Russell growing up in Fermanagh, about his experience of coming to faith (it was not a straightforward journey), and about the decision to pursue training for Presbyterian ministry.

Along the way we discuss mentoring and the value of having friends and people who speak into our lives.

Next week I’ll be talking to Russell about his ministry in several congregations, some of the challenges he faced, and some of the important things he was learning about ministry as well as conviction about the importance of the Church.

Here is this week’s episode: